There’s not many metal bands that carry on long enough to release fifteen albums, but Fires Of Destiny sees Dutch veterans Countess reach that landmark. The band have never really had a period that could be described as a lull, having consistently been releasing new records since their formation in 1992, but the past few years have seen them expand from a studio-based project in to a live band once more. There’s always been a passionate fire to Countess, but as of late it’s arguably stronger than ever, and that passion for early black and heavy metal is undeniable on Fires Of Destiny. Countess have always existed on their own terms, and that’s as true as ever here, with the band offering ten tracks of unfashionable, but stirring metal.

END_OF_DOCUMENT_TOKEN_TO_BE_REPLACED 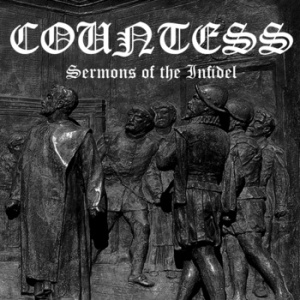 It feels safe to say that Countess have some real momentum behind them at present. They’ve already released one album this year – Ancient Lies And Battle Cries – and have began playing live again after 16 years as a studio-based band. Now comes Sermons Of The Infidel, a selection of 12 re-recorded versions of older songs, 2 live tracks, and a Manilla Road cover on the CD version. It’s an expansion upon an EP the band released last year, bearing the same name and several of the same re-recorded songs. If you’re unfamiliar with Countess then this is an excellent starting point; and even if you are, or have the previous EP, this is well worth picking up.

END_OF_DOCUMENT_TOKEN_TO_BE_REPLACED 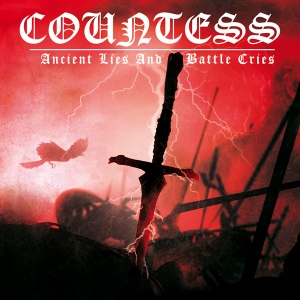 I have to admit, I was on the fence for quite a while about this album. Ancient Lies And Battle Cries is the fourteenth album that Countess has released, and blends proto-black with strong elements of traditional, heavy metal. It sounds like it could have been recorded at almost any point during the past 25 years, and it’s impossible not to feel that that is kinda the point. This is METAL in a thoroughly old-school sense, wonderfully unfashionable and not giving a damn about what you think. If you’re looking for something to get your head banging and fists raised in the air, but with an added bit of extra bite compared to the likes of Manowar, then you’ll surely enjoy this.