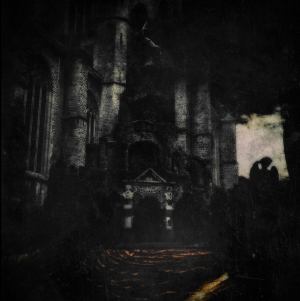 Metal, at its most extreme, becomes a genre of seemingly contradictory forces that are reliant upon one another to succeed. As volume and speed increases, bringing with it a sense of chaos, so too does the need for control. After all, a great deal of technical proficiency and practice is needed to strike the right balance between a song sounding rampaging and it simply sounding sloppy. It’s that sense of contradiction that Chasm, the new album from Spanish black/death metal band Suspiral, is forged upon. A combination of bestial carnage and ritual-esque repetition, the album is the sound of a tightly-bound beast, straining at its chains, desiring nothing more than to be let loose upon the world to unleash devastation; and yet there is an almost religious aspect to the control displayed, making Chasm a ritual in a very real sense.

There have been albums in the past that have taken a similar path; Drawing Down the Moon by Beherit perhaps being the most relevant one. Teitanblood and their ilk who summon soundscapes of cosmic death also provide a relevant reference point – there is a similar sense of world-ending otherness to Chasm as there is with those bands and albums. Yet what Suspiral have created feels different; musically, its sense of repetition and control owes far more to Krautrock and early psychedelica than it does the coldness of black metal. The movements of these four lengthy songs aim not just to create a trance-like state, but to go beyond that; to move beyond the mortal plane into the realms of spiritual abstraction. 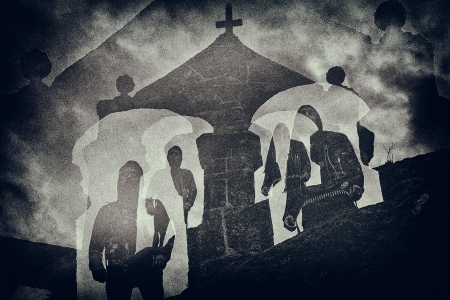 And yet, there is an ever-present sense of chaos and violence at war with the tight control the band display; a longing to be unleashed and revel in the shedding of blood and tearing of flesh. When they appear, the guitar solos are dizzying, gravity-defying maelstroms of chaos that would not be out of place on a war metal album; and some sections, such as the opening of ‘Antithesis of Time’, are pure bestiality, all frantic drums and spiraling, tremolo-picked guitar leads with a hint of discordance about them.

Combined, it makes Chasm an album that feels like just that – a deep, never-ending descent into madness and despair, made all the more effective by the fact that, no matter how chaotic the music gets, Suspiral always feel in control of what they are unleashing. There is nothing to this album that has not been carefully considered and sculpted, pieced together with a level of consideration that can so often be lacking in extreme metal. It is entrancing in a way that feels at once familiar yet new, the krautrock and psychedelic nature of the majority of riffs giving Chasm a different feel to many of the bands and albums it could be compared to. Yet it also loses none of its malice for this; if anything, the contrast enhances the sense of violence once it is fully unleashed. And this is to say nothing of the dark ambient ending to the album, where the closing minutes could have been used for the 2001: A Space Odyssey soundtrack; or of how easily Chasm takes hold of the listener, and gradually reveals more elements and textures with repeat listens.

Black/death metal is having a moment of popularity, with countless bands drawing inspiration from the likes of Incantation releasing records. That most of these do little to advance the genre as a whole is hard to deny; which is what makes an album like Chasm all the more notable. In a genre not known for innovation or evolution, Suspiral have created something that simultaneously stays true to the heart of the genre whilst also pushing at its boundaries. This is a definite contender for album of the year, and another excellent release from the ever-reliable Sentient Ruin Laboratories.

Suspiral will be released on 10th May 2019, on tape, vinyl, and digital. It can be ordered via the Sentient Ruin webstore, and Bandcamp.